The white paper: “The Future of the Arecibo Observatory: The Next Generation Arecibo Telescope”, outlines how investing in a pioneering concept for a new telescope and cutting-edge instrumentation at the Arecibo Observatory will continue to propel discovery and humankind’s understanding in the fields of Planetary Science, Space and Atmospheric Sciences, and Astronomy. + Read More

.: This section describes the facilities that are currently operational at the Arecibo Observatory and available for interested investigators and students that would like to use them for their corresponding research work. The work at the Arecibo Lidar Facility is mainly focused on the so-called mesosphere and lower thermosphere (MLT) region at around 85 – 115 km of altitude. The work also includes the stratosphere down to 30 km and ion observations as high as 160 km altitude. The MLT region is experimentally challenging to access as it is too high for aircrafts or atmospheric balloons and too low for satellites because of the atmospheric friction.

The Arecibo Observatory Remote Optical Facility (ROF) is located in Culebra, a small island in the east of Puerto Rico’s archipelago (approximately 150 km from Arecibo Observatory). Culebra is a federal nature reserve and was chosen due to its geographical and climatological characteristics, as well as the low light contamination, making it a strategic site for optical experiments. The container with the domes on top in the left bottom pane hosts the optical and radio instrumentation and a control room, while the other is lodging for scientists and technicians. The optical instruments at AO have been collecting high quality optical data since the 1960s. The mission of the Arecibo Optical Laboratory (AOL) and its Remote Optical Facility (ROF) is to continually improve the research-to-operations (and its reciprocal) data collection and dissemination necessary to address urgent national enterprises as Space Weather forecasting and Climate Change investigations.

.: This section describes the programs, facilities and instruments that are currently under development at the Arecibo Observatory. 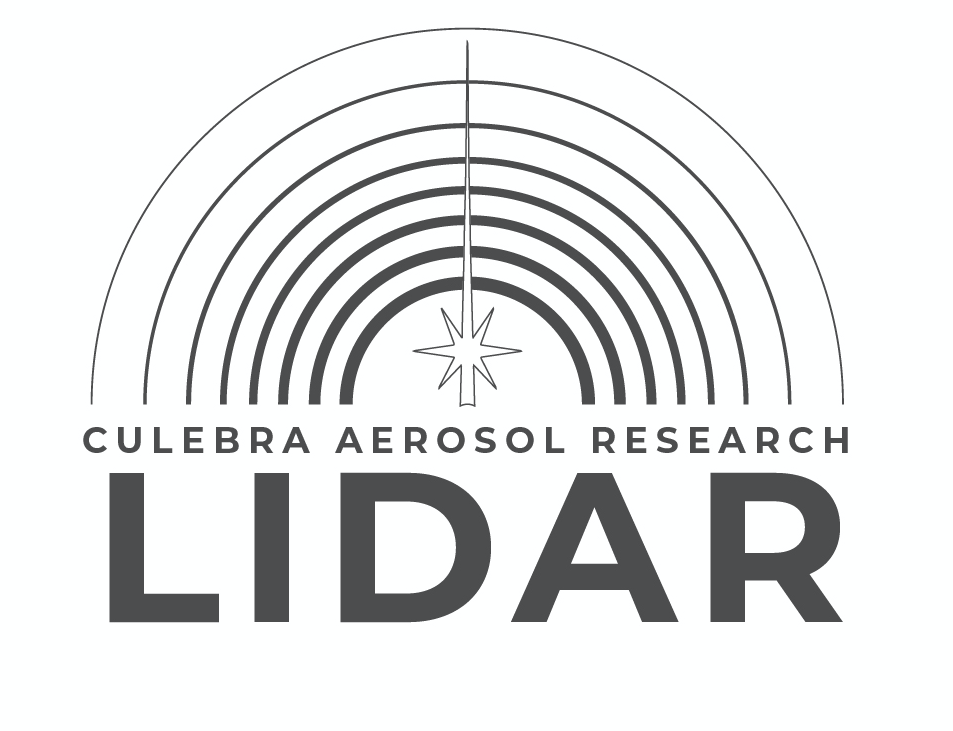 CARLA’s research instrument, a high spectral resolution aerosol lidar, will be developed at the main site of the Arecibo Observatory (AO) and, thereafter, installed at the Remote Optica Facility of the AO in Culebra island. CARLA will deliver information about aerosol properties over time and altitude.

The Arecibo Observatory (AO), counts with a 12-m diameter dish antenna. It is fully steerable and equipped with cryogenic receivers of S and X bands to record dual-polarization signals in the frequency ranges of 2.185–2.364 GHz and 8.05–9.2 GHz, respectively. The radio astronomy group at AO and the electronic laboratory at AO are working to recommission and optimize it to be operated as a single dish telescope. The Arecibo Observatory received in 2019 a CALLISTO ('Compound Astronomical Low frequency Low cost Instrument for Spectroscopy and Transportable Observatory') solar radio spectrometer. The CALLISTO spectrometer has proven to be a valuable tool for monitoring solar activity and for space weather research for 24h per day through all the year. It provides dynamic spectra of type II, III and IV radio bursts in the frequency range of 45 - 900 MHz.

Radio Astronomy is the study of radio waves produced by a multitude of fascinating astronomical objects such as the Sun, planets, stars, pulsars, star-forming regions (i.e., birthplace of stars), gas clouds, galaxies, supernova remnants, and more. The radio signals from these objects give astronomers a plethora of physical information across vast distances and scales in our Universe, from a three-dimensional view of the energetic solar wind from our Sun, to the composition of exoplanetary atmospheres around other stars, to the motion of distant galaxies. To detect even the weakest radio signals requires a dish with a large surface area, and the enormity of the 305-meter Arecibo radio telescope allows astronomers to detect these faint radio waves from far-off regions of the Universe. The Radio Astronomy Group at Arecibo consists of scientists who are not only users of the telescope but who also use their expertise to help other astronomers to plan and carry out their observations. Explore below some current highlights of the exciting research done by both staff and astronomers all over the world at one of the largest single-dish radio telescopes on Earth, the Arecibo Observatory.

Atmospheric Science is the investigation of the earth's gaseous envelope. Experiments performed at Arecibo measure upper atmosphere composition, temperature and densities in order to understand the controlling physical processes. The Arecibo Radio Telescope can measure the growth and decay of disturbances in the changing layers of charged particles which populate the region known as the ionosphere ( altitudes above 30 miles ). The "big dish" is also used to study plasma physics processes in the electrically charged regions of the earth's atmosphere. where radio waves are influenced most.

“The Arecibo Planetary Radar is used to study celestial bodies in our solar system such as planets, moons, asteroids and comets. Directed by the 305-meter reflector, a powerful beam of radio energy is transmitted in the direction of the target object. A small portion of this energy is reflected by the target, back in the direction of the Earth. This radio echo is processed then analyzed to yield information about the size, shape, spin, density, composition, surface properties, geology (e.g., ridges, craters, and boulders) of the object, and also allows to identify binary and triple asteroid systems. The Arecibo Planetary Radar System can measure the distance to an asteroid, typically millions of km away, with a precision of meters, and it can measure the speed of an asteroid, typically tens of kilometers per second, with a precision of millimeters per second. Arecibo’s precision can greatly refine asteroid orbits, aiding NASA in its congressionally mandated mission to study near-Earth objects to support planetary defense.”