Piercing through the Clouds of Venus with Arecibo Radar

Piercing through the Clouds of Venus with Arecibo Radar 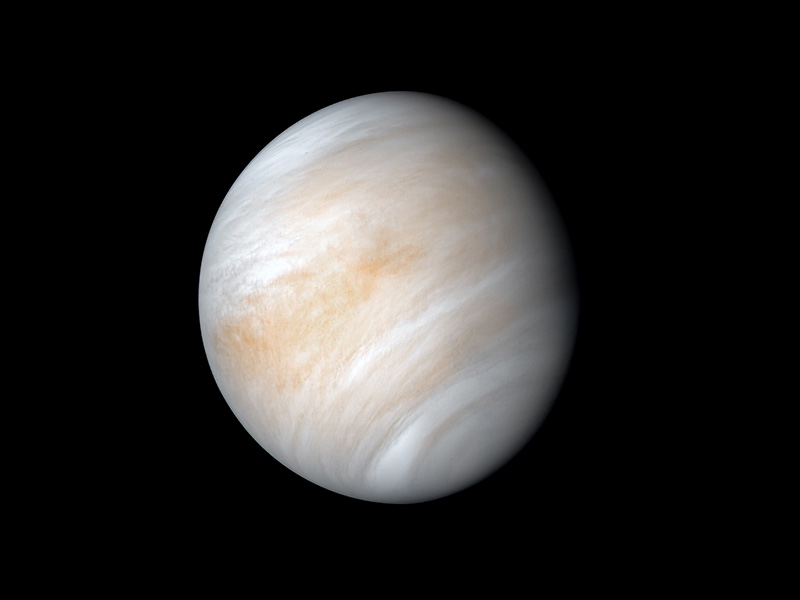 
Although Venus is our nearest celestial neighbor, the last US mission to explore the planet - NASA’s Magellan spacecraft - burned up in the Venusian atmosphere nearly 30 years ago. That is about to change as three new space missions will target the clouded world: NASA’s VERITAS and DAVINCI and ESA’s EnVision missions.

Until these missions arrive, however, scientists interested in studying the surface of Venus must parse the older mission data or use observations acquired by telescopes like the Arecibo Observatory that can pierce through the thick clouds that enshroud the planet.

In a recent study, scientists did both. Dr. Bruce Campbell of the Smithsonian Institution and Dr. Jennifer Whitten of Tulane University were interested in exploring the depths of craters located in the mountainous highlands on Venus, where evidence for ancient Venusian lakes might be preserved in the surface rocks.

“No other Earth-based radar could give us these high-resolution, dual-polarization maps” - Dr. Bruce Campbell, Smithsonian Institution

“What our work showed is that some parts of the tallest mountain range, Maxwell Montes, are covered by fine-grained deposits that were ejected from the large impact crater Cleopatra,” says Dr. Campbell. To detect these grains, the team used the much higher-resolution radar data from the Magellan spacecraft in combination with observation from the Arecibo Observatory, which measured radar echoes in two polarizations. “The Magellan mission radar measured just one of these polarizations, so the Arecibo maps provide a unique extra dimension that separates out the signature of material, like crater ejecta, that covers the surface,” says Dr. Campbell. “No other Earth-based radar could give us these high-resolution, dual-polarization maps”.

The results from this work assist future spacecraft exploration of Venus. The Arecibo and Magellan maps of crater ejecta may help pinpoint the best examples of original, ancient rocks for the VERITAS and EnVision orbiters to look at in more detail. The Arecibo data also provide a unique look at the mountainous “Alpha” region on Venus that will be targeted by the DAVINCI descent probe.