Modifying the Earth’s Ionosphere from Arecibo

Modifying the Earth’s Ionosphere from Arecibo 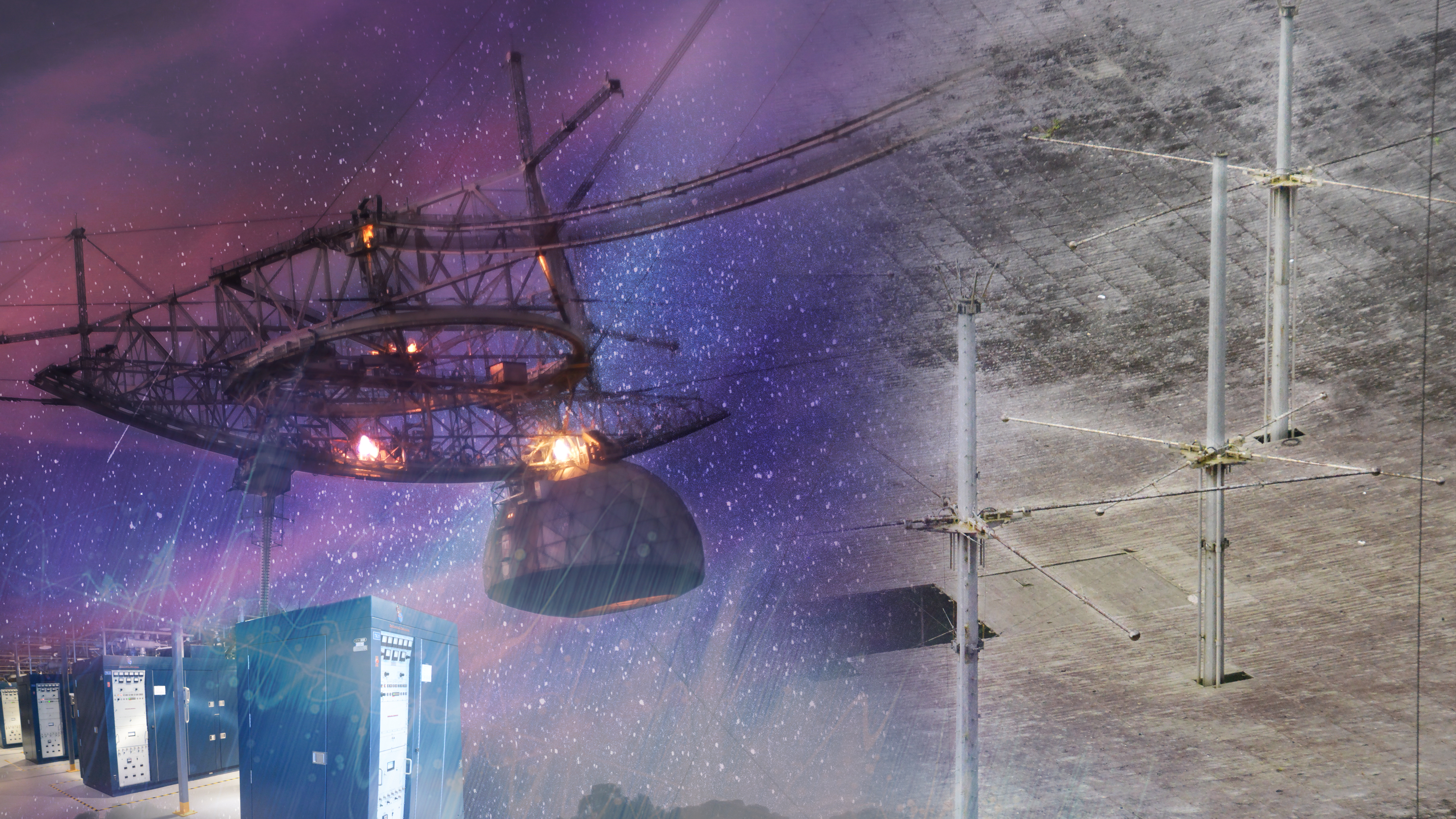 A unique, high-altitude plasma cavity formed over Arecibo during an ionospheric heating campaign conducted at the observatory in June of 2019. Simultaneously, the Arecibo Incoherent Scatter Radar (ISR) collected measurements of the narrow cavity, revealing an exceptionally deep depletion of the electron density and a strong enhancement of the electron and ion temperatures.

he AO experiment and its scientific implications were detailed in a recent publication of the Journal of Geophysical Research - Space Physics. The team of researchers used the Arecibo Observatory’s 430 MHz radar to put energy into the Earth’s ionosphere, and then observed how the ionospheric plasma was affected. In response to the heat, the plasma density itself was reduced, forming the observed cavity.

Dr. Edlyn Levine, Lead Physicist at the MITRE Corporation and the principal investigator of the study, described the motivation behind this work. “Modification experiments that leverage resonant coupling of high power radio frequency waves to the ionospheric plasma reveals complexities of the ionosphere that are important to understand for both fundamental and applied planetary science.”

"This showed that the level of modification that we can do to the ionosphere using Arecibo is more profound than generally accepted for a heater of our power level..." - Dr. Michael Sulzer, Senior Observatory Scientist at Arecibo Observatory 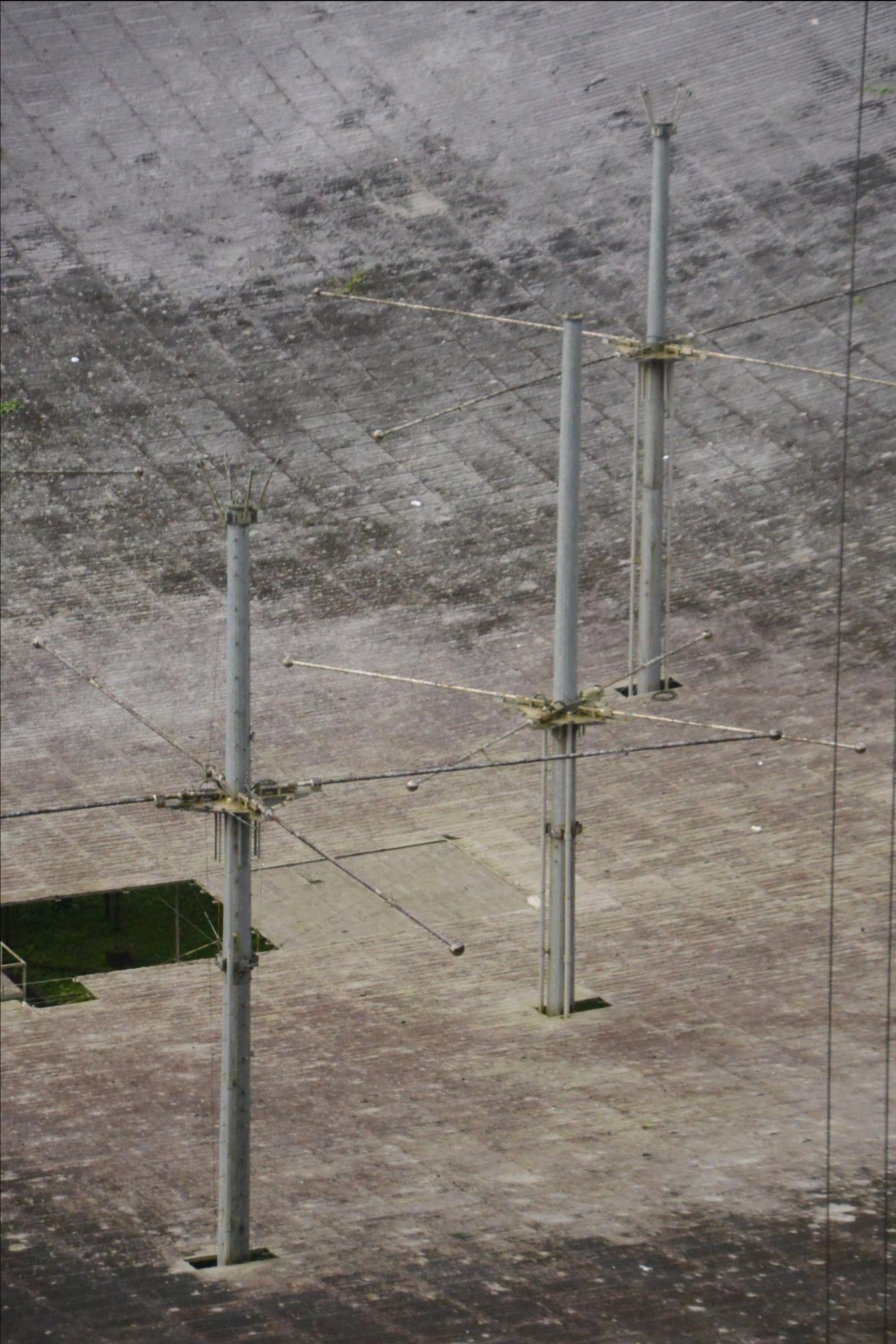 In this experiment, the team was surprised by the strength of the plasma cavity that formed. “This showed that the level of modification that we can do to the ionosphere using Arecibo is more profound than generally accepted for a heater of our power level,” remarked Dr. Michael Sulzer, AO scientist and co-author on the publication. “Every ionospheric parameter we were studying showed modification of some kind!” In addition to having the ability to modify the ionosphere, Dr. Levine asserted that “Arecibo is uniquely positioned at mid-latitude and has unique diagnostic capabilities, the most exceptional being the ISR.”


“Arecibo is uniquely positioned at mid-latitude and has unique diagnostic capabilities, the most exceptional being the ISR.” - Dr. Edlyn Levine Lead Physicist at the MITRE Corporation

In fact, the team applied a new ISR technique during their observations. They alternated the radar system on and off every 10 seconds, and then used the radar backscatter to understand the background conditions of the ionosphere better. This provided a clearer view of the plasma cavity.

Ionospheric studies have always been of interest to Dr. Sulzer. “There is still so much we do not know,” he related. “Experimental plasma physics is a difficult science. In a laboratory, your experiment is limited because you have to confine the plasma. However, using the entire ionosphere as a lab is extremely interesting because the plasma is unconstrained in size.”

Dr. Levine affirmed the importance of using facilities like Arecibo to obtain a more detailed understanding of how the ionosphere responds to changes like those created during the heating experiments. “We are constantly being surprised by new results from further probing of the ionosphere.”

The physical facility of Arecibo is incredible in scale and capability, but the most remarkable aspect of my visit was the incredibly friendly and knowledgeable scientific and engineering staff,” Dr. Levine remarked about her first visit to the Arecibo Observatory. “My hope is that this is the first of many high frequency heating campaigns that we can run.”